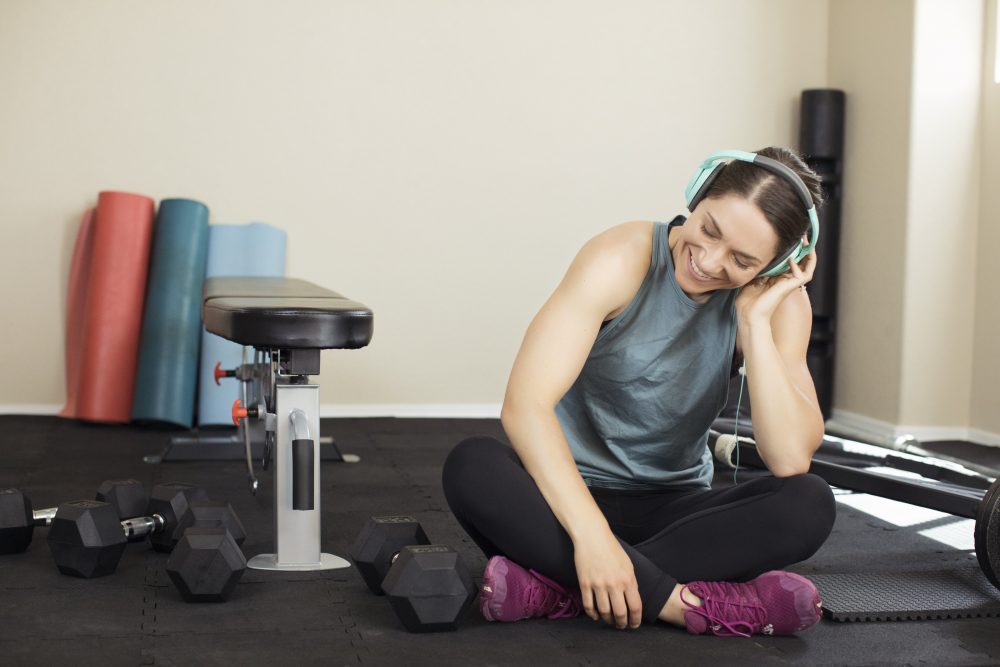 I have been absolutely all over the place for the past month or so. I cannot stop feeling frazzled, anxious, overwhelmed. It actually feels a little like I cannot stop, period. And the things I’m normally perfectly capable of doing, and the things that slow me down, ground me, and chill me out the most, just do not feel available right now.

That’s not a great feeling, but one I’m trying to find acceptance and self-compassion around.

Working out, or at the very least – moving regularly, has been one of these things on my list for months.

“I’m going to get back into the routine!” I tell myself. “I’m going to start strength training again!” I say. And to an extent, I’ve supported this priority. If I’m honest, I’m following my own bare minimum program that’s such a foundation of Fitness Unraveled, and I can give myself credit for that. But sometimes it takes some serious effort to even get there.

Yesterday was a gorgeous day here in Denver. I was feeling totally freaked, as usual, and was proud I managed to get myself outside for a quick walk at lunch. I worked late (of course I did, seems to be the usual these days 🙄), but as soon as I walked out of my office, I put on my running clothes. I took a three-mile run, and as I was finishing up the last mile, I made a little mini-plan to get in some of the core strength work I keep saying I’ll start doing again.

“Two songs,” I said to myself. “I’ll do something for two songs.”

That little agreement worked way better than I thought it would. I mean, brains are smart, and we can outsmart ourselves incredibly easily, even with the simplest of things. But the two-song plan was like an eight-minute dream!

Truth is, sometimes we need a parameter. For better or worse, we do like limits.

It’s also a great way to build self-trust and confidence.

If you love music, like me, the two songs will be a treat. And quicker than you think, you’ll want to listen to more and keep going. But let’s just start where we’re at for now, with two.

Allow me to get you started with a few ideas:

Two songs for moving your body.

Two songs for getting stuff done around the house.

Start there, see how it goes, see how you feel. Let yourself off the hook when the second song ends.

You can discover all sorts of stuff about yourself in eight to ten minutes set to a soundtrack. I mean, just think about how transformative a movie montage moment is! This is that, for your everyday life. So hey, whatever you’re going through right now, whatever you need to make happen for yourself, try making the simple agreement:

And here’s to parameters.

This is the kind of thing we’ll talk about in The House of Self-Discovery – how life just feels hard sometimes, how it can be too much to do even the things we really want to do on the regular, and strategies and support for making changes that actually work and feel good in our real lives. The front door is unlocking soon. Click here to be the first inside. 🏡

And here’s the whole playlist.