My least favorite piece of advice. (And a better alternative.) 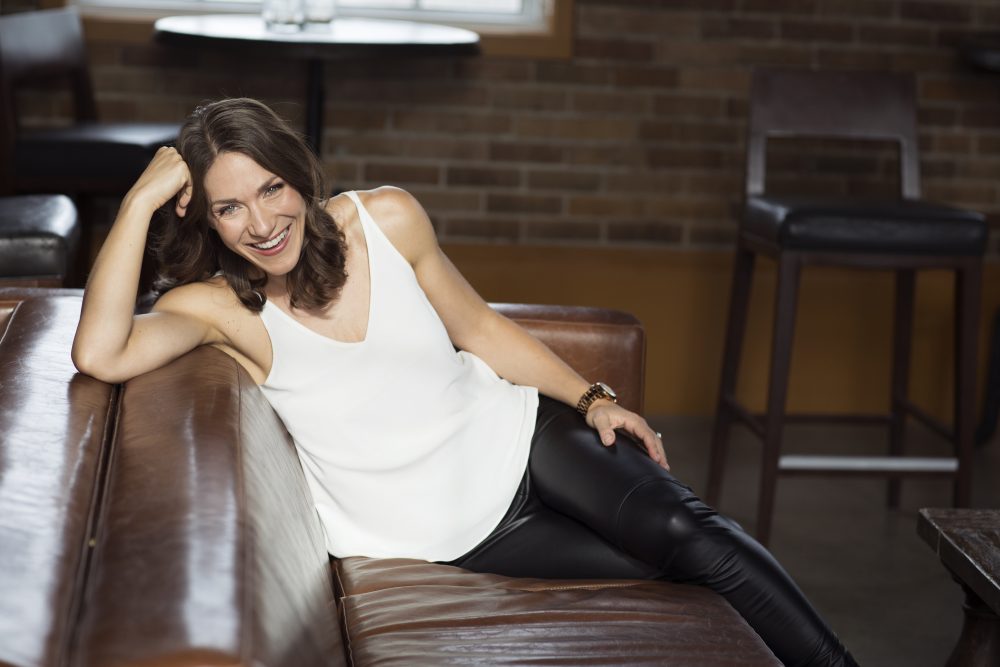 You know what advice I really do not love? Fake it till you make it.

Gosh, what a misguided offering. And, if I’m honest, pretty lazy and unhelpful too. If I had to guess, this cliché suggestion has probably caused a lot of people a lot of harm over the years. Because it’s not confusing and disheartening at all to be told it’s a good idea and a great strategy for success and confidence to just…be somebody else.

What’s so troubling about this advice is that it’s often offered in an attempt to boost someone’s confidence, to encourage them to go out and reach for their big dreams, implying that by faking the confidence they don’t have, they’ll make it to the outcome they want.

And, I mean, I get it. Sometimes, you need to kind of put on a character to find the strength you’re looking for. I’ve always been a fan of Amy Cuddy’s research, which somewhat parallels this idea. But it’s not quite the same.

Because if you do this “fake it” thing beyond a two-minute power pose, you just force yourself to posture up, maybe mirroring someone else’s version of confidence or success you may be hoping to achieve. You show up acting more confident than you feel, playing the part of whatever person you think people want you to play. And you end up coming across all wrong, feeling superficial, and drowning in more self-doubt and insecurity than you know what to do with. Way more than if you’d just shown up as yourself.

So yeah, not exactly a confidence boost in the end.

Honestly, it’s a really interesting juxtaposition of what we observe in the world, what we say we want, and how we decide to go after it. Like, we criticize all the “fake” people on the internet or social media or TV or whatever – and then instead of seeing that for what it is and making a different choice, we emulate their fakeness because it’s what we’re told we have do in order to get the success and confidence they have that we want.

Ah, we humans are a complicated breed.

Listen, the real flaw with “fake it till you make it” as advice is that it causes you to deny who you really are.

And denying who you are, denying your identity, will leave you confused and frustrated and unfulfilled and generally drowning in the screams of your inner critic all day long. Denying who you are causes longer term damage, mental health struggles, anxiety. And it creates a whole vicious cycle of not being able to build your authentic confidence and take confident action in a way that allows you to achieve the success and everything else you want for yourself.

Like, ever feel that feeling of now knowing who you are anymore? That’s a result of this cycle of faking it. The more and more you fake who you think you should be, the more disconnected you get to who you are.

Stop and think for a second about the people who really inspire you, your real-life mentors, not just your social media influencers or even industry icons – I bet you’ll notice those people haven’t faked anything to make it. Perhaps they’ve “dressed the part” a time or two, but showing up true to who they are is probably a very big part of their success in life and work.

Making it – whatever that means to you in whatever context you’re in right now – is knowing who you are and making one small and genuinely aligned choice after another. Building and building and building upon your foundation. Constructing the life you want to live and embodying it, unabashedly.

I know that feels scary. That feeling of “OMG, but if people see who I really am, there’s no way I’ll make it!” is real. And it might seem like I’m real confident and I know what I’m doing all the time and I never feel like that, but (BAHAHAHA) yeah, no, that’s not at all the case, so I understand this, deeply. It can be scary for me too to not put on at least a little bit of shiny veneer. But what I’ve learned (by making the mistake over and over again) is that whenever I give into my fear response and start to fake it, I actually end up feeling super shitty and confused and lost and frustrated and stuck.

Alternatively, when I recognize that fear response (which I’m now much better at doing), douse it in compassion, and show up in the way I mentioned above – I remember who I am, I find peace and comfort and permission in that, and I practice showing up authentically in everything I do, every interaction I have – I feel confident, clear, motivated, and super excited.

I know it sounds easier to just take this surface advice of “fake it till you make it” in order to find some quick confidence, make some progress, tackle a task, reach a goal. But in the end, it’s not easier. And most importantly, it’s actually not effective or sustainable.

So, y’know, maybe it’s time for some different advice.

And the great thing about taking a different bit of advice, a different approach, is that you don’t have to take a really huge step or make an overwhelming or disconcerting change that also doesn’t feel authentic or available to you. You just have to make that one, tiny-yet-bold next decision to be a little more you.

That one tiny-yet-bold decision is exactly what you’ll learn in my new program.

So, new advice I really do love:

Stop faking it, and start making it yours.

The last day to sign up for the Foundations of Self-Discovery program is Sunday, and there are only 3 spots left open, so don’t wait. If you have questions, email me or schedule a call below! If you’re into weekly confidence boosts, sign up for emails here.