When I say Zumba®, you say… 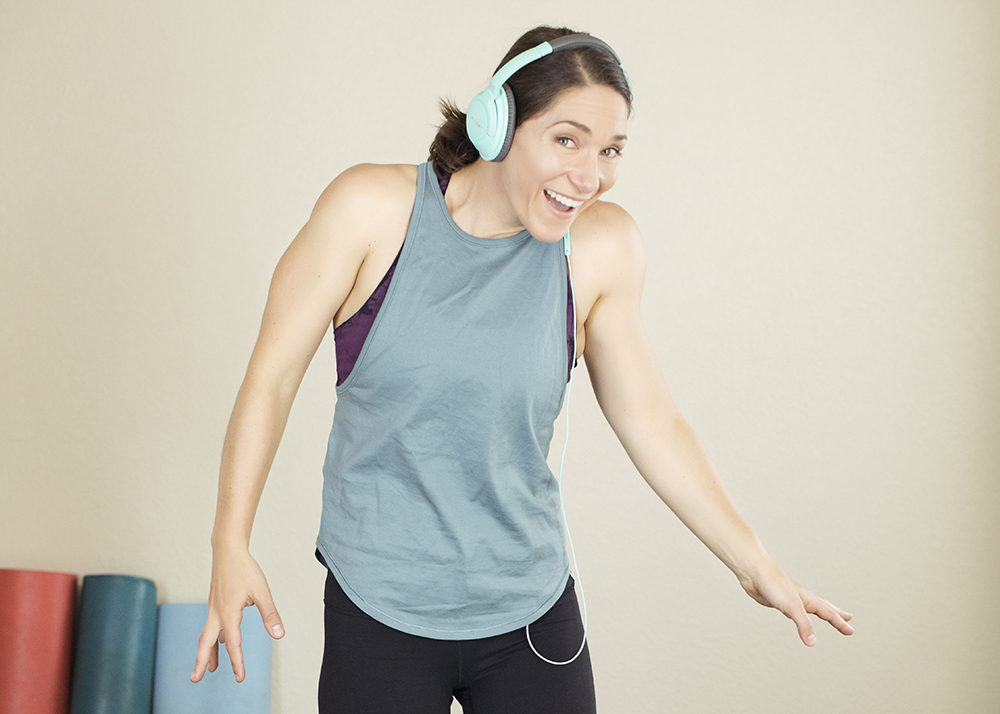 Pretty much every time I talk to someone about how I approach fitness – find what you enjoy, do what works for you – I use one specific example: Zumba®.

Do you know about Zumba®? Did you already chuckle a little to yourself? Do you have a judgment about it you didn’t even realize you had?

In case you’re not familiar, or only vaguely because you happened to walk past a class at the Y once five years ago, Zumba® is a cardio dance fitness class set to Latin and World rhythms. Or at least, that’s how it started back in 1998.

Now, Zumba® is a worldwide phenomenon, with all kinds of different spinoff classes, from non-dance resistance training, to aquatic fitness, to something totally chair based, to kids’ classes. And yet – 99.9% of the time, when you mention Zumba® to anyone, they laugh and poke fun at it, like it’s not a real thing, like it’s so silly and stupid, they can’t even fathom why it exists or how it’s so still around.

Which, for the record, is exactly why I use it as an example.

Turns out, Zumba® is popular in 180 countries, among 15 million people, in over 200,000 locations. And now, Zumba® can be found on themed vacations, in music videos, and partnered with really recognizable and totally legit musicians, celebrities, and fitness professionals. So, uh, Zumba® is not a joke, it’s a totally real thing, not stupid at all, and is probably doing better and helping more people get active than many, many other fitness methods out there.

So why all the Judgy McJudgerpants about it?

Well, because back in the day, your mom and grandma were into it. They might still be. Also, folks who didn’t fit the mold of a “fit” body ideal showed up, and those bodies who did “fit the mold” decided it must be hilaaaaaaarious. People could not possibly fathom a few things:

OK, I actually have more reasons than that, but you get the gist. Point is, Zumba got a super bad rap, especially among “serious fitness” people. All that judgment was, and is, misguided. And unfortunately, that bad rap is still pretty pervasive to this day in a lot of people’s eyes, more than 20 years later, despite the success and growth of the Zumba® world, and how many people have found a lot of joy in it.

For example, not four months ago, I went on one of my networking coffee dates and told the story of what I do and my philosophy, using this example. “I’m not the kind of personal trainer who thinks everyone needs to do strength training or running or whatever,” I said. “If they’re into it, cool, I’d love to be their trainer. But I’m way more passionate about helping people find what they love and find the ways to incorporate that into their lives in the way that works for them. So, if you like lifting, great. If you like swimming, sweet. If you like, Zumba®, awesome! Doesn’t matter, I just want to help people see that fitness doesn’t have to look one way for everyone.”

The one thing that she latched onto in that entire conversation was Zumba®, and then she proceeded to make fun of it, telling me a story about how her college basketball coach made the team take Zumba® classes in the off season and it was soooooo ridiculous and dumb.

Honestly? I think that coach was onto something, and probably way ahead of his or her time.

Anyway, point being, this is a great example because it showcases how, somehow, for whatever reason, mention of this one particular method really sparks judgment in people.

Fast forward to now. As you know, I’m a huge Peloton® fan. I absolutely consider myself a community member, I utilize nearly all forms of their classes, I have a ton of respect for their instructors and everything they’re doing. And guess what they released just about a month ago?

And do you know what happened when they did? EVERYONE WENT CRAZY FOR IT. Not a single person was all, OMG, that’s so silly! Choreographed dance couldn’t possibly be real fitness! Wild neon outfits are so ridiculous and stupid!

No. Nope! Nobody thought for a second to judge it negatively. Everyone was all, OMG, this is SO FUN! I’m having a blast! Cardio dance is such a great time! I totally want to do it! And film myself and put it on social media so everyone knows I’m doing it and I look kinda dorky! And dress up in hot pink bike shorts! And oh my goodness, I’m sweating and exercising and that counts because someone who looks cool is doing it! It’s totally not stupid and it’s definitely real fitness!

Y’all. If you could see my face right now.

Like I said, I love Peloton® and this has nothing to do with the fact that they now have cardio dance classes (and they’re super popular and Zumba® is still getting made fun of by a lot of folks). I think it’s amazing they’ve added it as an option. That’s the entire point of this – the more options for movement, the better. But the bigger point is this:

We spend way, way too much time worrying about the exact right kind of fitness, judging different methodologies, and for all the wrong reasons, instead of just trusting that movement is good and doing what we like is more than enough.

It’s a pervasive issue that fitness is very often exclusive and inaccessible. (Among lots of other problematic shit. Story and analysis for another day.) And it only exacerbates those things to perpetuate the image that only certain kinds of fitness have value, or they only have value when they’re dressed up a certain way.

Because that part is patently false, and in openly criticizing certain methodologies, it only fosters this festering habit of judging ourselves and others for our bodies and our choices. And it perpetuates the ideas that we’re all doing it wrong, or that what we’re doing is not good enough – no matter what it is.

So I tell this story to remind you that how you choose to move your body, what you choose to do with it for fitness or exercise, what kind of clothes you want to wear when you do it, who you want to be around – none of that is for anyone but you. You can reserve your self-judgment in this space. (And it would be helpful if you reserved your external judgment too to allow this freedom for everyone.)

You do not have to be embarrassed about any of those choices, though. You don’t have to explain why you like Zumba®, or riding your old cruiser bike, or chair yoga, or whatever other “uncool” fitness thing you’re into (or used to be into but quit doing because somebody else judged you about it, or you judged yourself based on external BS), and you don’t have to downplay it either.

It’s totally cool if you like heavy lifting, but it’s also totally cool if you don’t and you’d rather do an old Denise Austin DVD you’ve always loved. (Listen, if I look like Denise Austin when I’m her age, I won’t be mad about it. Again, she’s obviously onto something and has been for decades.) It’s great if you love to be part of your local barre studio community, but it’s also absolutely great if you hate dance and like to play league kickball.

And think of it this way, if you share with one person in your life that you’re into something that’s maybe not considered cool or in fitness vogue or whatever – maybe you’ll be planting the tiniest of seeds. Maybe you’ll introduce the idea that fitness doesn’t have to look a certain way, that it can be different for everyone, that it doesn’t have to be exclusive or inaccessible. Maybe, in having a conversation like that, you’ll do your part spreading the word that all kinds of fitness have value, and that no kind of movement deserves anybody’s judgment.

Open yourself up to the idea that there’s a whole world of ways to go about this whole fitness thing.

No one’s right, no one’s wrong. And maybe it’s time to stop snickering about your Great Aunt Sally’s funky outfit, and ask her what that Zumba® business is all about. I bet you’ll get a wry smile out of her. She knows, and she’ll be happy to share. She’ll probably also love having you in class. (Soon, online, or socially distanced, of course.)

If you’re struggling to figure out this whole world of fitness and what you enjoy and how to make it happen, reach out. Email me or set up a call below, and let’s talk about it. You can also sign up for more insightful weekly emails about the process here.